Athletics is a male-dominated field with a history of mistreatment of female employees. America’s gender wage gap is no secret: the average woman makes $0.80 on the dollar compared to their male counterparts.  In male-dominated industries and spaces like university athletics, the pay gap is even worse. Female athletes and coaches make far less than their male counterparts. Hudson’s lawsuit raises issues of sexual harassment and equal pay in college sports.

Hudson alleged claims of sexual harassment against Garrett regarding the language he used when addressing female employees. The lawsuit claimed he used the words “sweetheart,” “love,” and “babe” when talking to female employees. Hudson also alleged that Garrett “exploded” when she raised this issue to him. Garrett, a Heisman winner, was the athletic director at USC from 1993-2010 before holding the same position at Cal State LA. Garrett was the athletic director at Cal State for less than a year before retiring in mid-2016. 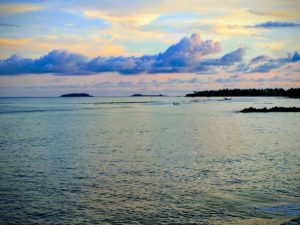 Hudson joined Cal State LA as an assistant track and field coach in 2002. She eventually earned the title of senior associate athletic director before leaving the position in May 2017. In the lawsuit, Hudson accused the school of retaliation after she made a report highlighting the pay gaps between men and women in the athletic department.

The settlement awarded Hudson $1.27M and her attorneys $1.47M, for a total settlement worth $2.75M. The settlement also resolved the school’s counterclaims against Hudson, in which it alleged Hudson violated California law by secretly recording conversations with four employees. As part of the settlement, Hudson had to delete any social media postings about the lawsuit. She is also barred from applying to any future jobs at any California State University.

Although this was a California case, the huge settlement is a reminder to Texas university employees that you have the right be free from sexual harassment and retaliation in academia and higher education. Know your rights, speak up, and speak out!